CHRISTINA STODART, RN, CCRN, received several nominations which recognized her as a team player who interacts extremely well with both physicians and patients. One physician stated, "I've known Christina for many years and I always thought she was a very good RN, but it seems that she's actually improved her compassionate care and I've gotten remarks from a few of my colleagues and a number of patients," he said. In her nominations physicians recognized her for her dedication, her friendly personality and her untiring efforts. "She is a patient advocate," said another. And yet another stated, "She strives for excellence." 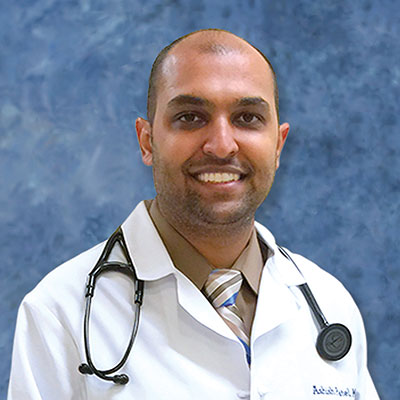 DR. PATEL is a hospitalist at Oak Hill Hospital and interacts with nursing and medical staff on a continuous basis. He is board certified in family medicine. He completed residency in family medicine at Inspira Medical Center in Woodbury, New Jersey, where he also served as Chief Resident in 2011-2012. He received his medical degree from Ross University School of Medicine in Dominica, West Indies. He also holds a Bachelor of Science degree in mechanical engineering from New York Institute of Technology.