The hilariously funny comedy skit will be presented by professional actors Martin Hillier and Peter Konowicz. As Shakespearean and comedic actor, Martin Hillier, puts it: “Waiter, waiter, I want more ice! Americans are famous for liking a lot of ice in their drinks but did you know that, when Americans are in the drink themselves, they don't wish there to be any ice in there with them at all? How strange! Now don't get alarmed, but Peter Konowicz and I are planning on dropping all of you right in…the North Atlantic that is! We are going to whisk you off to 1912 for a tongue in cheek look back at all the goings on aboard the world's most famous luxury submarine! In our outrageous comic sketch, the uptight and humorless Scottish 1st Officer of Titanic, William McMaster Murdoch, will desperately try to convince the world's richest man, Mr. Benjamin Guggenheim, in his befuddled after dinner state, that he should follow him to the last life boat before the ship sinks, with unexpected and hilarious results! ““Titanic may be the bottom of the ocean but we’ve plumbed the depths of these two jokers,” he added.

Tea and Crumpets will be served! Admission is free and open to all who wish an opportunity to learn about the wonderful programs offered to seniors in our community through the H2U Partner’s Club and the Oak Hill Hospital volunteer association. Experienced volunteers will be available to answer all your questions.

Martin Hillier is a British Shakespearean Actor; classically trained at the Webber Douglas Academy of Dramatic Art in London. He has acted all over the world and has been living and working in the United States for the past 17 years. He currently resides in Orlando and works for Disney and Universal Studios; where he can be seen as a Royal Majesty Maker at the Magic Kingdom, as a judge at the American Idol Experience in Disney's Hollywood Studios and at a very particular little store in Hogsmead! He has a great deal of improvisation experience and enjoys the challenge of portraying characters in the “real world.” 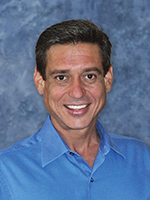 After studying acting at the University of Tampa, Peter enjoyed working in the nonprofit world for a time, as a grant writer, before returning to his first love of acting. Since then, Peter has enjoyed playing on stages around the Bay area, including recently as Slim in Of Mice and Men, and Karl Lindner in A Raising in the Sun, at Stageworks Theatre, and as Albert Amundson in 1,000 Clowns at Hat Trick Theatre. Peter also works extensively in the film and television industry, and appears over various media in projects ranging from commercials to feature films, including the award-winning short film, Shophie Hates Me. One of his more enjoyable engagements was as Titanic passenger Benjamin Guggenheim at the Mahaffey Theater’s exhibition of the Titanic 100th Anniversary Artifact Exhibit in St. Petersburg.